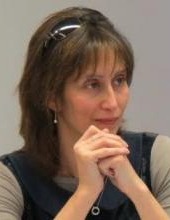 Read More
. She teaches various courses in modern Arabic literature, in Palestinian Arabic and other spoken dialects, and in Arabic socio-linguistics.

Ori's dissertation was based on ten years of intensive field-work with Arabic speaking Jews who hail from the North Yemenite province, close to the Saudi border. At the same time, she worked as a team leader and main researcher of a large-scale project on Palestinian dialects, with the participation of two German universities and two Israeli ones. She has thus gained expertise in two different types of Arabic dialects: one is the spoken language of the Arabian Peninsula, where archaic linguistic features coexist side by side with innovative developments; the second is the Arabic which is spoken by the rural Palestinian population of central Israel (the areas around Jerusalem, Ramallah and Bethlehem), an area in which one can observe - perhaps better than anywhere else in the whole Arab world - the linguistic dichotomy between town and village.

Currently, Ori stands at the head of two projects supported by the Israel Science Foundation: the first follows the gradual change of attitude towards writing in local Palestinian dialects; the second deals with the ties linking communal identity to language, focusing on Arabic speaking Christians in Israel. In addition, she has recently won a research award for the study of the spoken language of Jews who lived in the villages of Lower Yemen, a group of dialects which exhibits a host of unique features. 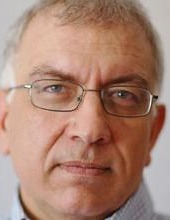 Ph. D. (1991) in Islamic Studies, The Hebrew University of Jerusalem. He has published on Imami Shi'i and Isma'ili doctrine and exegesis and on the Nusayri-Alawi religion

Read More
. His studies include Scripture and Exegesis in Early Shi'ism  (Leiden and Jerusalem 1999) and (in collaboration with Aryeh Kofsky) The Nusayri-Alawi Religion: An Enquiry into its Theology and Doctrine, Leiden 2002.
Read Less 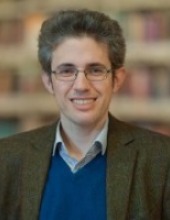 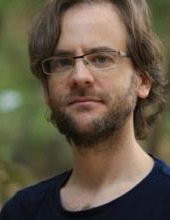 Received his PhD at the Hebrew University in 2012. In his research, he focuses on classical Islamic mysticism, with particular attention to medieval Andalusian mysticism

Read More
as well as the links between the Shi'ite tradition and Sunni mysticism.
Read Less

Holds a BA in Near Eastern Languages and Civilizations from Harvard College (1999) and an MPhil, completed during the tenure of a Marshall Fellowship, from the University of Cambridge

Read More
(2001). Dr. Goldstein completed her doctorate at the Hebrew University of Jerusalem in 2006. In her research Dr. Goldstein strives to illuminate Judeo-Arabic literature, especially Bible exegesis, in its larger context and in a comparative light; and she also focuses on the interchanges, both positive and polemical, between the Jewish communities of the medieval Arabic-speaking world and their neighbors of other faiths. Her current research on Judeo-Arabic literature is funded by a four-year grant from the Israel Science Foundation and focuses on the reconstruction of several Rabbanite commentaries from Genizah fragments and the preparation of critical editions with closely annotated translations and introductions, as well as the creation of a website with "working editions" of certain important Judeo-Arabic Karaite texts that have until now been available only in manuscript collections. Goldstein is also working on her next book - an edition and study of the well-known medieval polemic Toledot Yeshu in its Judeo-Arabic versions.
Read Less 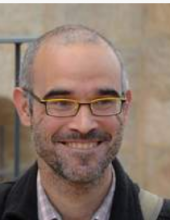 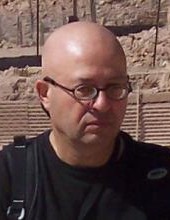 Has taught at the Hebrew University in a variety of positions since 1978. His M.A. thesis (1978, supervised by J. Blau), "Jewish Settlements in Babylonia during the Talmudic Period"

Read More
traced Talmudic place names that survived in the geographical literature. His Ph.D. thesis (1983, supervised by M.J. Kister), "On the Prophet Muhammad's Activity in Medina" studied the so-called Constitution of Medina and several other topics relating to Muhammad's Medinan period.

Michael Lecker studies early Islamic texts, with an emphasis on the life of the Prophet Muhammad. It is not clear exactly how Muhammad's classical biography came into being. What is certain is that it is a product of the first Islamic century. While reflecting several rival viewpoints, the many solid facts it includes help us establish the broad lines of Muhammad's life and time. Lecker also founded the Jerusalem Prosopography Project.

Completed her academic studies at the Hebrew University of Jerusalem.  She has taught in the Department of Arabic Language and Literature since the year 2000.

Her doctoral dissertation was supervised by Professor Sarah Stroumsa and Prof. Etan Kohlberg.  It focused on the question of man’s reward after death according to the commentator and theologian Fakhr al-Dīn al-Rāzī, who belonged to the Ash‘arite school of thought. Dr. Levi’s discussion also included the views of the rival school to the Ash‘ariyya, namely the Mu‛tazila, regarding this issue.

Her research interests include:  Quranic exegesis, kalām literature, and the linguistic and cultural aspects of the Arabic language - written and spoken. 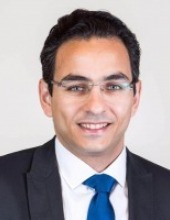 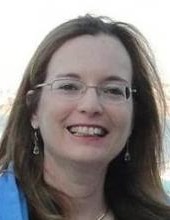 Read More
. She completed her Master's thesis on a Judeo-Arabic translation of Psalms from Constantine, Algeria, under the supervision of Prof. Moshe Bar-Asher. In 2000 she received her doctoral degree from the Hebrew University. Her doctoral thesis, also completed under the supervision of Prof. Moshe Bar-Asher, focused on rabbinic Hebrew embedded in medieval Karaite literature, which for the most part was written in Judeo-Arabic. In 2000 she carried out her post-doctoral training at the Center for Jewish Studies of Harvard University as an honorary Starr Fellow and a Fulbright Scholar. In 2001-2002 she was a post-doctoral fellow at the Eliezer Ben Yehuda Research Center for the History of Hebrew at the Hebrew University.

Tirosh-Becker is a recipient of the 2011 Asaraf Prize from The Academy of the Hebrew Language, the 2013 Ben-Zvi Award for Research of Jewish Communities in the East, and the 2013 Polonsky Prize for Creativity and Originality in the Humanistic Disciplines (First Prize). Her two-volume book Rabbinic Excerpts in Medieval Karaite Literature was published in 2011 (Vol. 1: Philological and Linguistic Studies, Vol. 2: A Critical Annotated Scientific Edition of the Texts).

Her research focuses on the contacts between Arabic and Hebrew, including: North-African Judeo-Arabic; Judeo-Arabic translations of the Bible and of post-biblical literature; Medieval Hebrew; Hebrew in Algeria in the 19th-20th centuries; The contact between Hebrew and Arabic in the Middle Ages; Rabbinic Hebrew in Karaite writings. 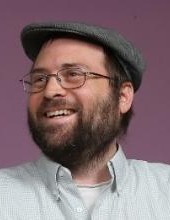 Read More
. His main fields of interest include the following topics: the Quran in light of Jewish and Christian traditions, Quranic exegesis, Hadith, pre-Islamic Syriac literature, and works translated from Syriac to Arabic.
Read Less