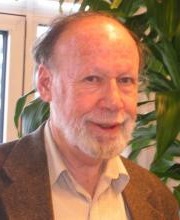 Professor Emeritus of Arabic Language and Literature at the Hebrew University. He has served as co-director of the Center for the Study of Judaeo-Arabic Culture and Literature (Ben-Zvi Institute, since 1995); President of the Society for Judaeo-Arabic Studies (1997-2013); co-director of the Jewish Studies program at St. Petersburg State University (2000-2006); academic co-director of the Friedberg Genizah Project (since 2003); and Academic Director of the National Library of Israel (October 2009-September 2015). Prof. Ben-Shammai studied at the Hebrew University in the departments of Arabic Language and Literature, history of the Islamic countries and Semitic languages for the degrees of B.A., M.A. and Ph.D. (1962-1977). His interests include Judaeo-Arabic Bible exegesis and philosophy, history of Jewish communities in Islamic countries, with special emphasis on Karaites, and Islamic theology (Kalam). Prof. Ben-Shammai has published numerous articles and chapters in books on these areas and has co-edited several books.

Prof. Ben-Shammai served as visiting professor and research fellow in several universities in England and the U.S.A. (Cambridge, London, Harvard, Pennsylvania, Yeshiva U). He was involved in the founding and academic management of projects aimed at enhancing Jewish studies in Russia, and in organizations active in research and diffusion of Jewish studies, such as the Ben Zvi Institute for the study of Jewish Communities in the East, the Center for the Study of Judaeo-Arabic Culture and Literature and the Friedberg Geniza Project.

On a personal note: Prof. Ben-Shammai was born in Tel-Aviv in 1939, grew up in Jerusalem and has lived to this day in this city. He served in the army in a Nahal unit, and stayed on a Kibbutz for a few years afterwards. He is married to Bitya, who was for many years the editor and director of the RAMBI project. Haggai and Bitya have four married children, twenty grandchildren and three great-grandchildren.